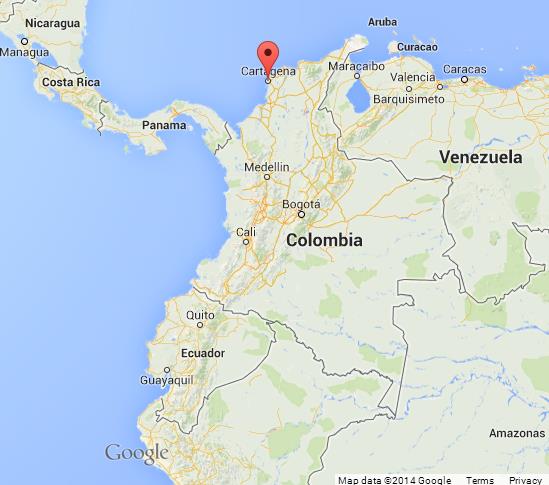 The Cartagena Hustle: Be careful of these 7 things when you travel to Colombia

The hustle in Cartagena is unlike anything I’ve seen before. The day I arrived I was introduced to it immediately. There are people and things you need to watch out for if you’re planning on visiting Cartagena or any city in Colombia for that matter.

I wish I was more prepared but I wasn’t. I learned a lot from my mistakes and I know I can extend my lessons and observations to you so that when you visit Cartagena you’ll be smarter and more vigilant.

Below I’ve prepared a list of seven things to watch out for when you’re traveling through Colombia. My intent is NOT to make you weary or skeptical but rather aware and prepared for the hustlers, the tricks and scams no tourist wants to come across.

To begin, I want to tell you the story of my first four hours in Cartagena.

As I walked out of the airport terminal a group of what seemed to be competing taxi drivers approached me all at once asking, “Where are you going, my friend?” With a wallet full of pesos, which I hadn’t known the monetary equivalent in dollars, I refused each and every offer and started to walk in the direction of my hostel.

Looking back it wasn’t the smartest decision. I mean, my friend and I were lugging around our suitcases in the July heat for an hour and a half, turning down every taxi, mototaxi, taxibus that honked and stared us down. Google maps said our hostel, The Tata House, was only .06 miles away from the airport.

When we reached the blue marker on google maps it was clear that we were in the wrong place. Tata house was nowhere to be found so we circled back and ended up in the same place. We asked four different people and they told us four different things.

We followed this guy back the way we came and after a few minutes it became apparent he didn’t know where it was either. We made small talk along the way but the more we searched the more I became skeptical of this guy’s motives. Why was he just going out of his way to help two random tourists?

After 30 to 45 minutes we found out that the hostel moved locations and we would have to take a taxi to get there. I remember sitting in the back of this taxi and for the first time being able to breathe and really settle on the fact I was in Colombia. I also noted we went through all this trouble in avoiding taxis just to end up in one.

The ride from where we were to the Tata house cost 20,000 pesos which I later learned was a steal on the drivers part. It should’ve cost us no more than 10,000. Live and learn. The entire time this middle aged, friendly- enough-looking guy helped us get where we needed to be and I kept thanking him. With a smile on his face he said “amistad.”

As much as I was relieved to finally arrive at the Tata house I was equally on- guard when the man disregarded any respect for our personal belongings. He grabbed our suitcases from the trunk and carried them through the entrance while we were paying the taxi driver.

Once I regained possession of our belongings and placed them in our room I knew something was wrong. I turned toward the doorway and the man was standing there palm up asking for money. We told him we appreciated his help but we couldn’t give him any. He told us he was helping out of “amistad” or friendship, not for monetary gain. He stood his ground. He would not leave.

Luckily for us, the hostel owner payed 8,000 Colombian pesos for a taxi after going back and forth with him for an hour. The once patient, reassuring man was now biting his fingertips and tapping his foot. The owner of Tata house explained to us about how locals will take advantage of lost tourists by acting friendly and then suddenly expect compensation for their time.

I closed the door behind me, locked it, and laughed at the predicament I found myself in just four hours after landing in Colombia. I knew I had to be smarter. I had to learn the value of pesos and how to spot a swindler before being swindled.

Which brings me to my first caution.

There’s a reason some cabs in Colombia don’t have taximeters. Without them the drivers set their own prices and demand you pay their rate.

To avoid this I recommend three things:

Side note: From Rafael Nunez Airport to the center of Cartagena it should cost you no more than 15,000 Colombian Pesos = USD $5.

You’re bound to come across these women dressed in traditional Colombian dresses when you go to Getsemani or the center within Cartagena’s old town. You’ve probably already seen them in Instagram posts and Colombia travel guides and if not, now you have!

At first they’re exciting; the bright national colors saturate their billowy dresses, they artfully balance bowls of tropical fruit on their heads and give a welcoming smile to tourists.

It’s no surprise the palenqueras have become the icon of Colombia. These women make most of their money posing for photos and aren’t shy in approaching you. They’re a sight to see which is why many of them have success. Who doesn’t want to pose for a photo with these women? But watch out! They expect payment per head for those likes you’re about to get.

Throughout Cartagena’s historic center street entertainers enliven city. My first night out these two guys came out of nowhere playing ukulele and rapping for my friend and I. We were excited to randomly be serenaded by musicians.

I remember looking away at the bypassers to see if everyone was seeing what was happening. By the look on their faces it wasn’t something they hadn’t seen before which made me think about how often these two musicians approach tourists on the street.

It occurred to me that serenading tourists was part of the daily routine for these guys. When they finished I was happy to tip them, however the reason I want you to be cautious is because they press for more no matter the amount you give.

The musicians will refer to you as “jefe” or boss to make you feel powerful, rich and more giving. Honestly, it’s a good tactic and it can be difficult to turn these charming guys down.

My last week in Cartagena I saw musicians rapping in a similar fast-paced flow using the exact lines I heard that first night. This time I was the bypasser observing the performance with that unfazed look.

I’ll make this short and simple. Nothing is free.

Even if someone hands you food or drink telling you its “free promotion.” It’s not.

Watch out for restaurants giving you a dessert without asking. This one time I ordered a cappuccino after eating lunch and it came out with a piece of chocolate cake on a separate plate. Of course I ate it! When I got the check it was an extra 9,000 Colombian Pesos that I wasn’t getting back.

It’s true what the travel guides say about nightlife in Cartagena. As soon as the sun goes down its like the city turns into a whole other place. Upbeat music plays from every alley, vendors of every sort flood the sidewalks and enrich the air with savory aromas.

The one thing they don’t mention in travel guides is that alot of the independent vendors also sell cocaine and marijuana on the side. The water vendor will shout, “Agua, Agua Fria! dos mil!” and as soon as you get close enough they whisper “cociana, marijauna good price, do you want my friend?”

How many times was I offered drugs in Cartagena? More times than the rest of the cities I stayed at over a two month period combined! This shouldn’t be a surprise considering how notorious Colombia is for cocaine. In fact some tourists come to Colombia specifically to try it.

Drug tourism is financially viable in Colombia and for the people who are struggling to get by it makes sense to sell high-demand drugs to wealthy tourists.

If you come across a vendor like this just say no and continue on without hesitation. They’ll keep insisting you try if you aren’t direct and stern.

…Unless you’re there for that reason. In that case you’re probably getting gypped with a high price and impure product.

My sixth caution isn’t exclusive to Cartagena, however in a place where the people can benefit from your wealth theft is much more common.

A lot of people wear their backpacks in the front for good reason. The streets can get over-crowded and create a better opportunity for thieves to pick- pocket. Keep your wallet and phone in your front pocket and whatever you do, don’t leave anything unattended.

My friend’s phone was stolen when she was out at a nightclub. If you know you’re going to a tightly packed place keep an eye on who you’re surrounded by and only bring the necessities.

Some advice a man gave me at a coffee shop was to have cash in a pocket separate from your wallet. This way when you want to buy something you aren’t showing all your money. There were a few occasions with taxi drivers and street vendors where they were uncomfortably close looking at the money in my wallet. They didn’t, but they could’ve easily swiped it if they wanted to.

Despite what I’ve said, there were multiple times that people had my back. For example, I mistakenly left my camera bag under a table after a long 14 hour bus ride and thought for sure someone snatched it. When I came back the man working behind the ticket counter secured it for me.

The final caution I want to make is about prostitution. Along with drug tourism, sex tourism thrives in Cartagena/Colombia . I was approached twice with an ass grab from behind. Once when walking through Getsemani’s party-thriving streets and another right outside the entrance of the popular landmark “Torre Del Reloj.”

Refusal is easy when you’re sober. Make sure to keep your wits about you when your out partying in the buzzing squares and bars. Both men and women will approach you with offers and if you aren’t quick they’ll pull you aside.

To be completely honest, I actually met a two-faced man who ran a hostel and a prostitution ring. He told me things ill never un-know like how he uses fake profiles on tinder and other meet-up apps to lure men. He also told me that some prostitutes are so poor, so desperate that afterwards they steal whatever you have worth taking.

Without going too much further into detail, I want to just say that a large portion of the population in Cartagena live in dire poverty. Tourists don’t see it from within the walls but families live off of scraps and prostitution just happens to be economically convenient.

So, you still want to go to Cartagena?

Good! I hope I didn’t deter you away from such a beautiful place.

My time there was unforgettable and I experienced more good than I did bad. I know you will too!

I wanted to write this article because I didn’t see anyone else detailing the negatives in their blog articles and Instagram posts. These are important things to note before you go so that you can be well prepared for anything you may encounter.

Again, just watch out for hustlers, swindlers and thieves and you should be alright.